Alpha decay ejects particles composed of 2 protons and 2 neutrons, so it's a Helium nucleus with 2 positive charges (a lack of 2 electrons):

This feature was first proved by Ernest Rutherford in 1907. He isolated helium gas inside a sealed ampoule by placing it next to an alpha ray source. Then, a spectroscopic study of the luminescent electric discharge of this gas helped proved the nature of the gas.

Further pictures of my working cloud chamber show alpha particles ejected from the decay of Americium atoms collected from a fire alarm (with an activity of 1 µCi) into Neptunium atoms.

Americium dioxide amount is very low (around 0.28µg) but the number of decay per second is quite high since the half-life of Am is relatively short (432.2 years). The condensation trails created by the path of positively charged (2+) helium nuclei are thick because of the double charge and the low velocity of the particle induced by its heavy weigh. 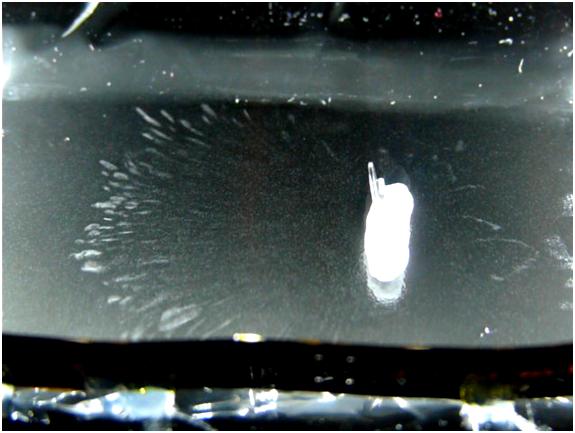 
As shown on the picture above, the range in air of the alpha particles from americium is only 3cm. All along its path, the particles ionize the surrounding air creating large trails. One can notice that those traces are thicker at the end of their ride; this effect is known as the Bragg peak and is caused by the slowdown of the particles. This property is useful in radiotherapy where rays of protons can kill cancerous cells inside the body while sparing as much as possible the surrounding cells.

We can also observe a few electrons (from Beta- decay) at the back of the button; they are deflected to their right by the magnetic field.

Alpha rays are composed of heavy helium nuclei, so, their velocity is quite weak as is their penetration in matter. This experience shows that alpha rays are blocked by a thin piece of paper or aluminium.

Geiger Muller meters designed to detect alpha rays must use a thin window of mica in order to let the alpha enter the ionization chamber. So I produced the next experience in order to observe Alpha particles passing through mica. 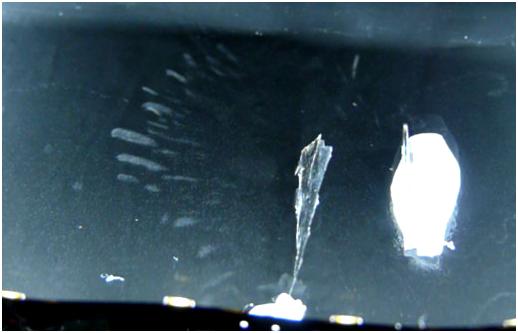 Figure 10 : Penetration of Alpha particles through a thin Mica foil


As you can see thanks to the last picture, the majority of Alpha particles travel through the mica foil. However, their range is significantly lower which indicates a loss of energy while passing next to the mica atoms.

On the picture below, you can see the effect of various foils of Mica placed in front of the Americium 241 button.

Without foil (“TEMOIN” image) the range of Alpha particles from americium is about 3.5cm. The graph below indicates that the range of the 5.485 MeV particles of Americium 241 is expected to be 4.2cm. The results are quite coherent since the air atmosphere contains a lot of alcohol and the trajectory of the particle is slightly downward.

With the foils of various thicknesses, the range of Alpha particles is reduced because the mica window absorb a part of their energy.

On the “MICA 7” image, while alpha particle from Am 241 don’t penetrate through that mica, one can observe a long alpha trail which indicates the emission of a higher energy alpha particle. In the Americium decay chain, the decay of Astatine 217 or Polonium 213 can emit such particles (respectively 7.0 and 8.54 MeV) 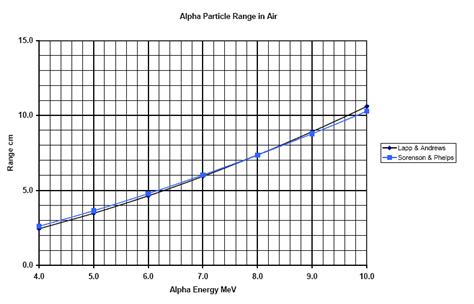 Radon is a gas created during the decay of minerals containing uranium or thorium (for example granite rocks), it concentrates on the floor (it’s 8 times heavier than air) of unventilated rooms and is the primary source of irradiation for human (the second is medical irradiation and the third is the cause of natural Potassium 40 and Carbone 14). In the cloud chamber, Radon is betrayed by the presence of thick rays which are caused by alpha particles created during its disintegration into Polonium. 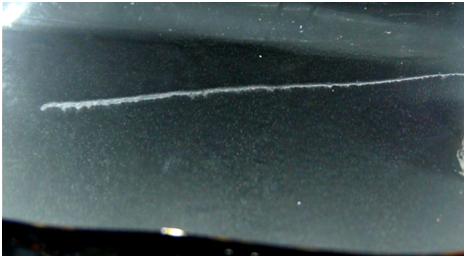 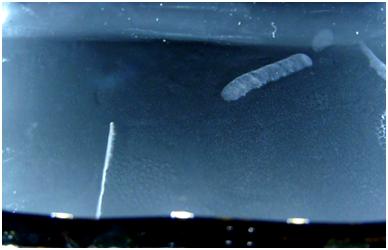 Figure 13 : Condensation trails of alpha particles created by the decay of Radon 222 into Polonium 218

In a normal house correctly ventilated, one to two trails of alpha particles caused by Radon appear every ten second. The next experience is made in order to verify the fact that Radon originates from the decay of uranium contained in soil. To do so, I’m placing a few mineral rich in uranium (Torbernite Cu(UO2)2(PO4)2 · 12 H2O ) in a sealed bottle and I wait until about one half-life of Radon 222 (4 days) passed so the Radon concentration in the bottle achieved an equilibrium. Then I collect the created Radon mixed with air in a syringe and I inject it inside the cloud chamber. As you can see the result in the number of decay per seconds is really visible (when you compare to the pictures above):

While irradiating us with its nasty ionizing alpha rays, Radon will help us putting in light the mechanism of decay chains. Each radioactive isotope undergoes decay to form a daughter element, the chain ends only when the daughter element is a stable isotope. There are 4 decay chains (Uranium, Actinium, Thorium and Neptunium) and in each one we can find Radon. The isotope which interests us for the next experiment is Radon 220 (historical name Thoron) created by the decay chain of Thorium 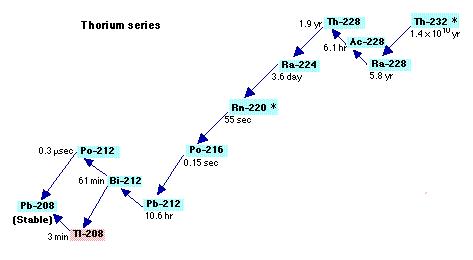 This double decay produces 2 condensation trails almost simultaneously, that’s why we can see L or V shapes. To observe this phenomenon, I’m using an old lantern mantle coated with thorium dioxide (nowadays they are coated with Yttrium or Zirconium which are not radioactive).

Figure 15.1 : Various particles emitted during the decay of Radon 220 (Thoron)

Alpha particles are 7350 times heavier than electrons. So, they are not easily deflected although they have a double charge. To try to obtain a visible deflection of the alpha particles, I brought the 2 magnets closer (3cm) so the magnetic field around the interacting surface is about 2 Tesla.

Figure 16 : Deflection of Alpha particles (from the decay of Radon 222) by a 2T magnetic field

As you can see the tracks coming from the bottom of the pictures are almost not deflected outside the surface of the magnet, they start to slightly deflect to the left while they pass under the magnet (in white) where the field is around 2 T. The magnetic field is directed toward the bottom of the picture, so it verifies the theoretical behavior of a positively charged particle.

Naturally occuring isotopes of Uranium are alpha emitters and they decay into Thorium. Other members of Uranium decay chains also undergo Beta decays. 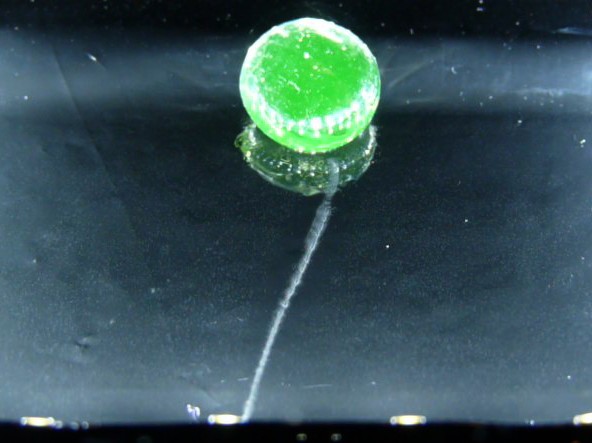 Figure 16.5 : Emission of Alpha and Beta particles from a Uranium doped marble

In the Uranium doped marble above (Glass doped with about 3% Uranium; no, that's not a tranluscent Mentos !) we can observe the emission of an Alpha (thick straight trace) and a Beta (thin and deflected to its right) particle. Since Alpha particles can penetrate only a very thin layer of glass, only those coming from the decay of an Uranium atom at the surface of the glass are visible. That's why Beta particles are observed more frequently (about 2 per second) than Alpha (1 every 10 seconds) on those weakly radioactive materials.

The next material placed into the cloud chamber is a piece of Torbernite (chemical formula : Cu(UO2)2(PO4)2·12 H2O ). This mineral is a lot more active than the glass marble, that's why it emits a lot of Alpha particles which literally saturate the atmosphere of the cloud chamber and mask the presence of Beta particles : 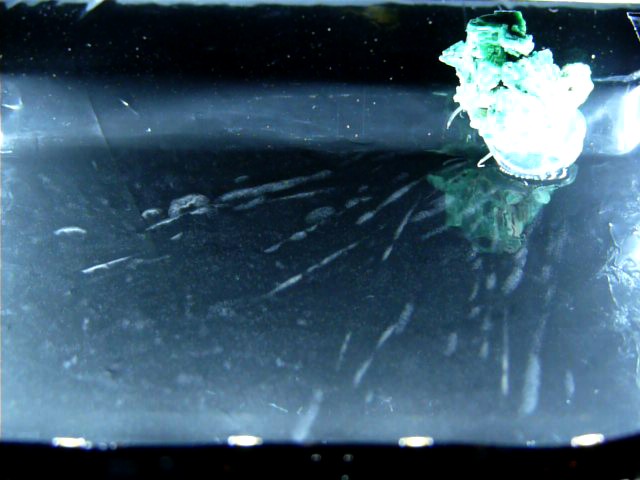 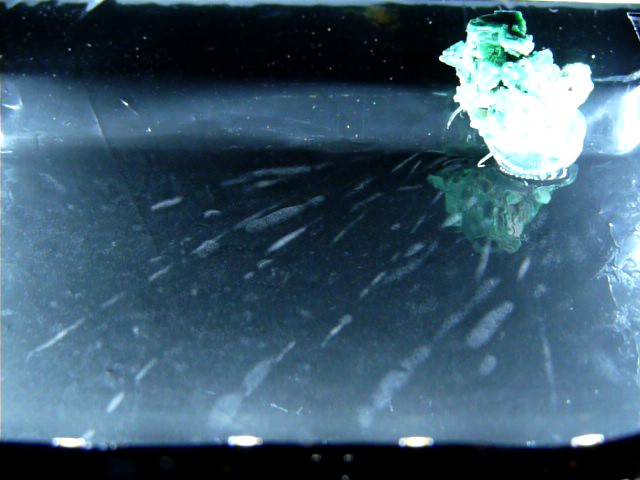 Figure 16.6 : Emission of Alpha particles from a crystal of Torbernite

Trinitite is a glassy mineral created by the first nuclear test (July 16, 1945 in Alamogordo, New Mexico).
The explosion fused the sand and deposited some radioactive isotopes.
66 years later, the majority of those radioactive atoms decayed but it's still possible to detect them with the appropriate devices (Geiger counter, Gamma spectrometer or ... Cloud chamber !)
There are three kind of isotopes still present in this mineral :
- Fission products : Sr90, Cs137
- Activation product (by neutron activation)  : Co60, Ba133, Eu152, Eu154, Pu238, Pu241
- Remnants of the nuclear fuel : Pu239, Pu240

Inside the cloud chamber, we can observe the alpha particle emitted by some of those isotopes (most likely the Plutonium isotopes and their daughter nuclei which are mainly alpha emitters).
The range of the alpha particles are significantly lower than those from Americium or Uranium samples, it's probably caused by the self absorption of the particle in the mineral. 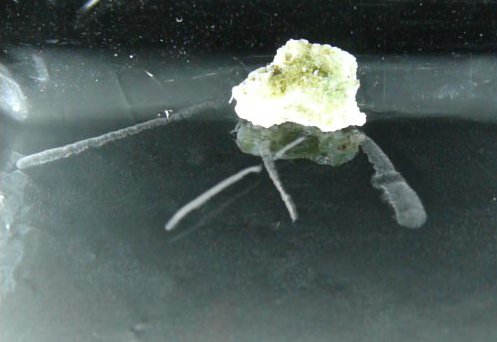 Figure 16.6 : Emission of Alpha  particles from a piece of Trinitite